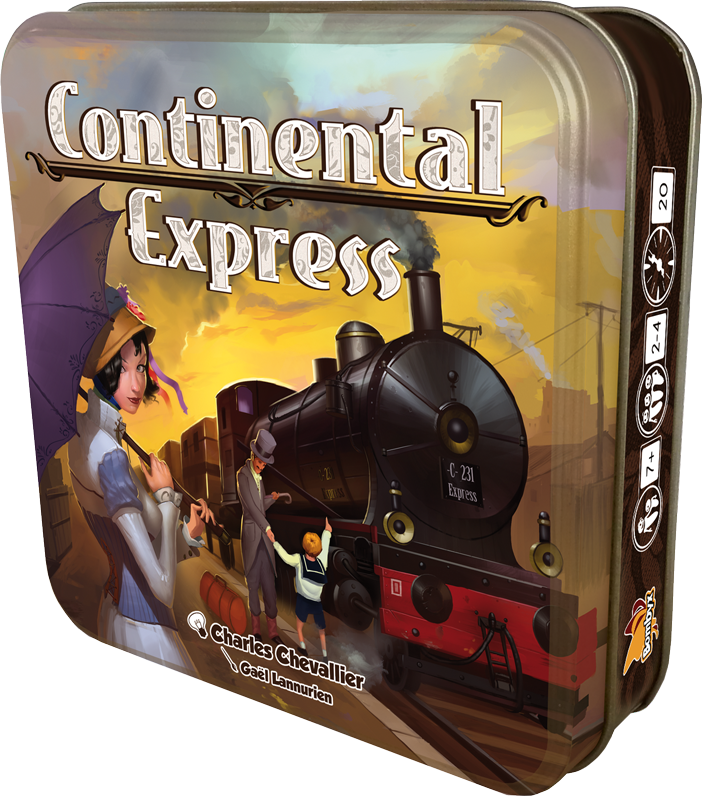 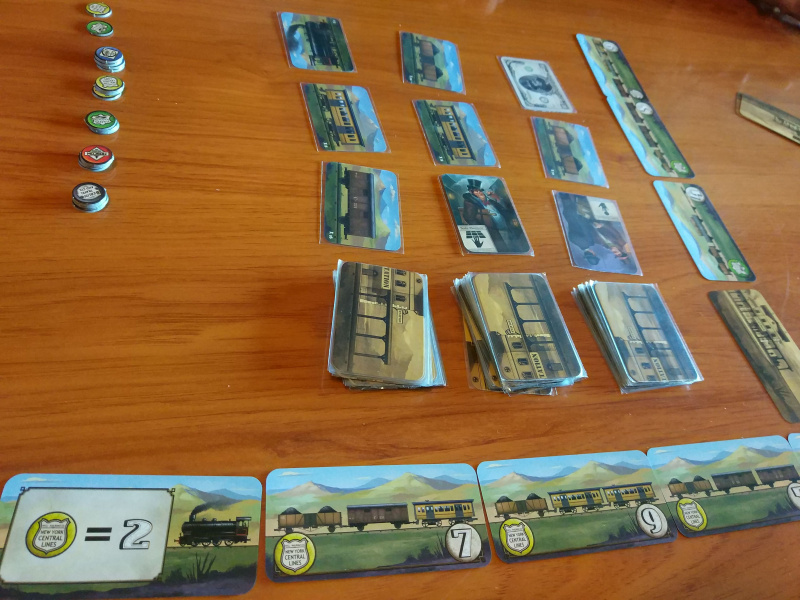 Continental Express
In Continental Express, players add train cars to their station in the hope of fulfilling objectives and maximizing the value of their secret contract.
取貨方式 工商區，住宅區，自取 (需於 30 日內取貨)
定價 HK$150
價錢 HK$150 0% off

In Continental Express, players add train cars to their station in the hope of fulfilling objectives and maximizing the value of their secret contract. To start the game, each player chooses one of two contract cards dealt to them; these contracts require players to collect icons of a particular color or groups of like-colored icons or icons and company tokens of differing colors.

Players then take turns drafting cards from three face-up rows; the card on the end of each row costs nothing, the card in the middle costs $1, and the card closest to each of the three decks costs $2. Players start with no money, however, and the only way to get some is to draft it – but naturally that means you'll be forgoing other cards. If a player has train cars matching one of the three face-up objective cards, he can choose to discard those train cars and claim the objective – and since the objectives have the icons that satisfy contracts, you'll probably want to do that.

In addition to train cars and money, players can draft characters, taking the special action of a character when he drafts one. Actions include things like taking a train car of your choice from the card array, stealing all money from one player, and taking a company token of the color of your choice. The card decks also include two events, and those cards flush either the objective cards on display or the smaller cards that players draft.

When a player claims his fourth objective, each other player takes one more turn, then the game ends. Players tally the points scored for their contract (if any), their claimed objective cards, and any money still in hand. Whoever has the highest score wins!