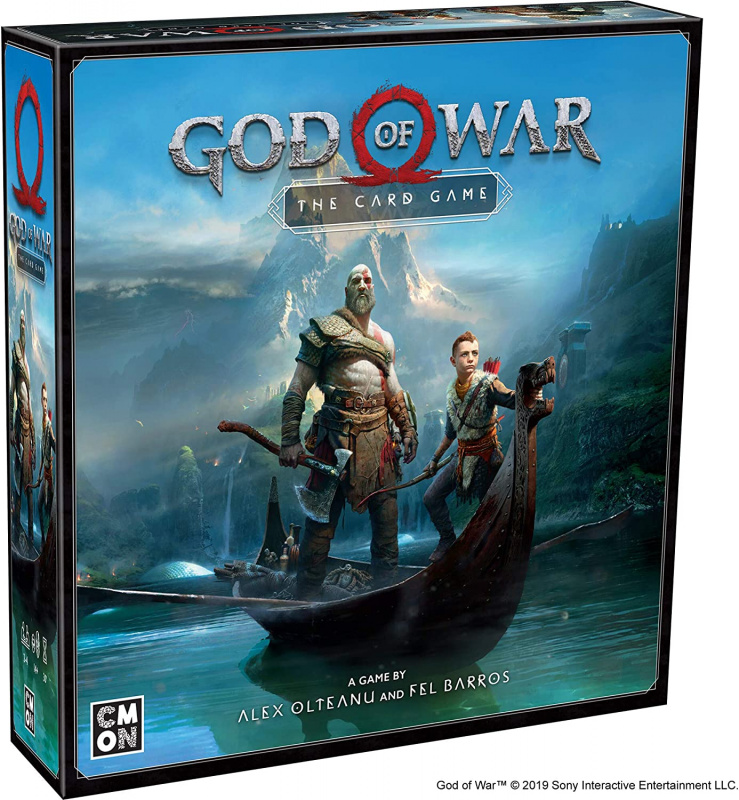 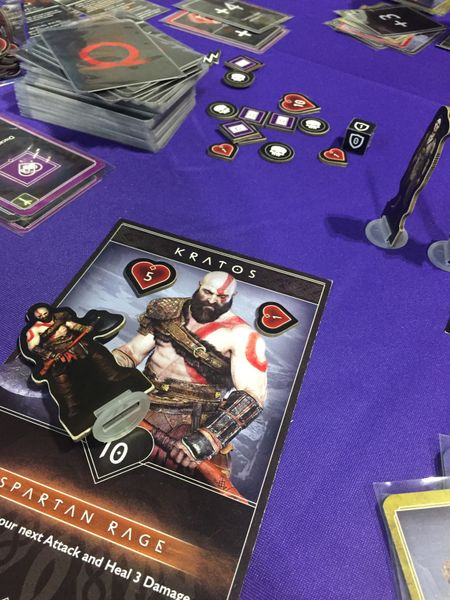 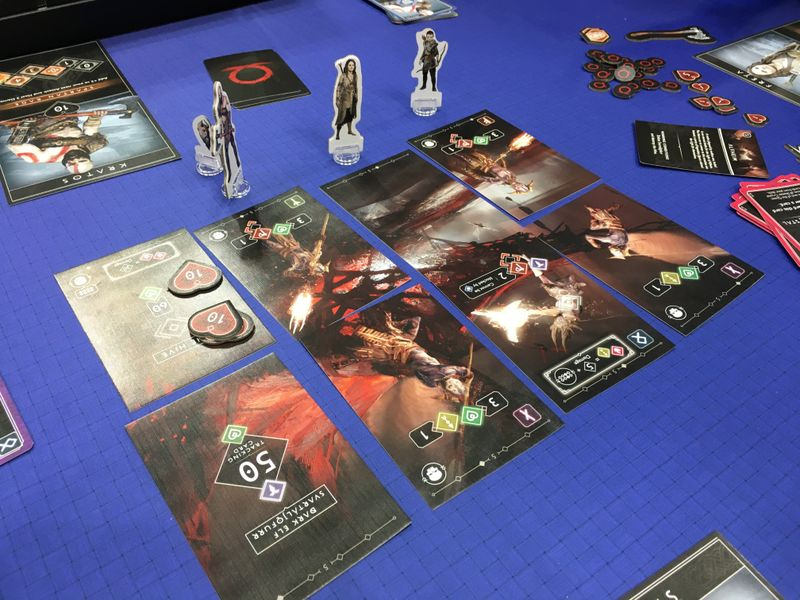 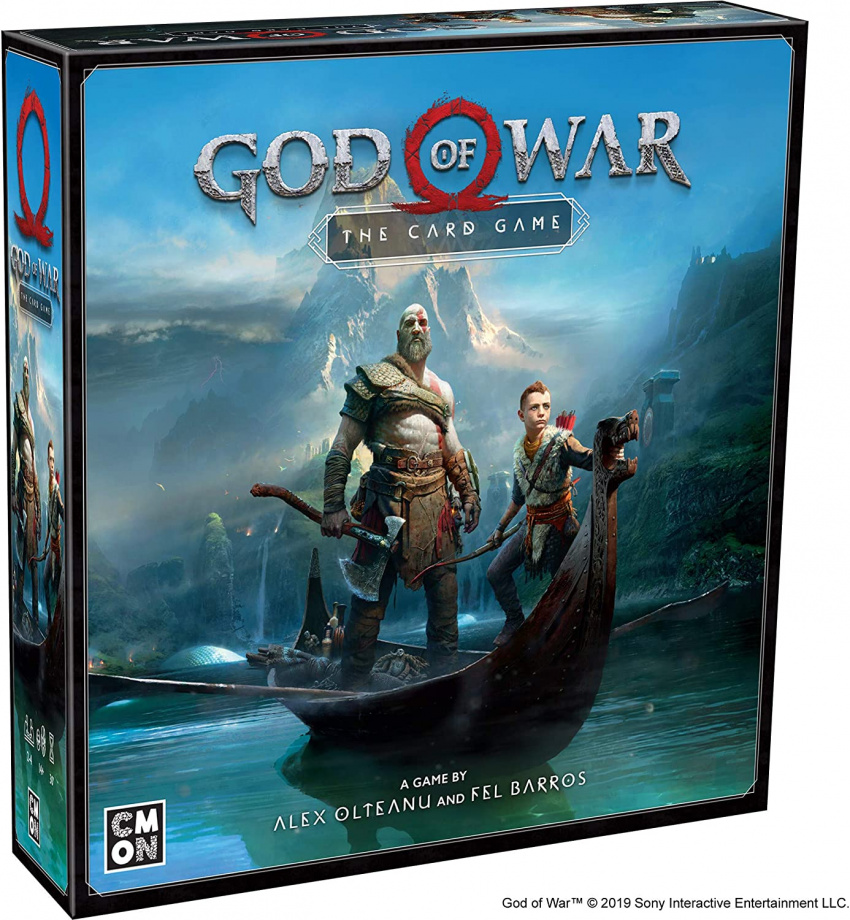 In God of War: The Card Game, players take on the role of the Norns as they try different combinations of heroes and events in order to stop Ragnarök. Each game is a new attempt to find the right key to saving Midgard from destruction. Players must work together, embodying mighty heroes such as Kratos, Mimir, Atreus, Brok and Sindri, and Freya. They will fight enemies and bosses from the popular God of War video game, but combined and remixed in exciting new ways, creating unique "What if...?" scenarios each time they play. If they succeed, the way forward has been secured and Ragnarök can be halted. Failure means the Norns will have to try again as only death and destruction lay along that particular path.
Each quest in God of War: The Card Game is made up of a mosaic of cards that recreate monsters and locations from the video game. Each quest's mosaic is different, and each card is double-sided, depending on whether a section has been destroyed or not, and each has special rules that go into effect when it is face up on the tabletop. Learning how each quest is won, as well as what strategy to employ, is key to victory.
Product Page: https://cmon.com/product/god-of-war-the-card-game/god-of-war-the-card-game
Rulebook Download
Video:
優惠條款及細則
送貨安排細則